The 2022 Guilford Fair is Dedicated to Life Member Laurie Skornia 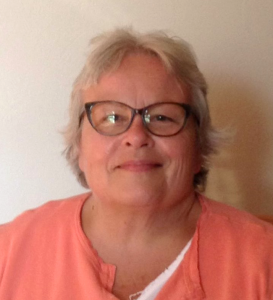 It all started with a knock on her door 31 years ago. Laurie Skornia was surprised to see then Guilford Agricultural Society president Harvey Smith standing on her front step. Apparently, the ingredients were prepared but the oven just wasn’t baking.

The Fair’s Bakery Department chairperson had abruptly left and with only three weeks until the Fair, Harvey needed a new leader. Without hesitation, she donned her apron and jumped right in. In her own words, it was, “A baptism under fire”.

The Wisconsin native continued as Bakery Chair from 1991 until 1998, when her employer, Dairyland Insurance, transferred her to New York. She continued as a Life Member of the Agricultural Society.

Laurie was back in Connecticut by 2001, and once again became involved in the Fair – this time as a Bakery Department committee member. But the recipe for a successful Fair doesn’t stop with a single volunteer job. Like many other volunteers, Laurie was always willing to help out wherever there was a need – especially in the front office.

Bakery chairperson Diane Richard turned over the chairperson reins once again to Laurie 2010. And even though she has a long ride from Torrington, Laurie never missed a beat.

There are many layers to the Laurie cake. Her creative spirit and plethora of ideas have continued to raise the Bakery Department to an even higher level. Her latest related endeavor is compiling a Guilford Fair Cookbook as a fundraiser. The cookbook will include recipes from Ag Society members, past bakery entrants and members of the Shoreline Community. Rumor has it that she has some other foodie ideas for the Fair this year, too.

Laurie also has served as the Bakery Chair for the Association of CT Fairs Annual CT Fairs baking contests. The Association sponsors annual baking contests with Junior and Senior divisions baking a specific recipe. These competitions are open to the public at participating member fairs. Always included is an Apple Pie Baking Contest. For the CT Association, she is compiling a recipe book of the past hundred years.

Her work retirement is the real icing on our Ag Society cake. Now that she is retired as senior agency sales manager after 45 years — most recently with the large territory of CT, VT and ME – we’ll just have to come up with a few more assignments to keep her occupied. We doubt Grandma is enough.