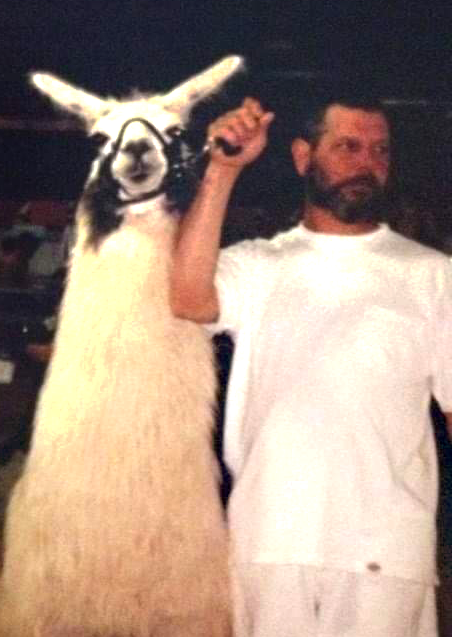 Mark Brencher has been involved with the Guilford Agricultural Society, Guilford Fair and 4-H with his wife and family for decades. The family loved showing their cows, goats and more at the local fairs, where exhibitors caring their animals became like family with their farming neighbors. Mark passed away January 7 at his home in Killingworth and will be sadly missed for his volunteer work and good nature.

A veteran of the United States Navy serving in Vietnam, he was retired from the State of Connecticut Department of Transportation. He is survived by his wife of 47 years, Linda Higney Brencher, two daughters, a son, son-in-law, daughter-in-law, grandchildren, siblings and extended family.

He grew up in Branford but moved to Killingworth four decades ago, eventually creating a small farm of his own – Pea Hill Farm. He started with vegetable gardens but later grew the homestead with a few dairy cows and chickens. Later, Mark added meat birds, turkeys, pigs and beef cows and today, the farm is known as Little Rascals Farm.

As one might surmise from what you’ve read here, Mark had one of the most important jobs any country Fair has – behind the scenes camaraderie with the animals and their owners, especially the kids who raise and show their animals. He never saw farming as the hard work it is – he loved it. In quieter moments, he loved his barn cats, identifying different birds at the birdfeeder, fighting for his chair with the family dog Bailey, and watching his grandson Georgie working on the farm, riding his quad, and more.

Thank you, Mark, for choosing us as your pastime and for being our friend. And thanks to the Brencher family for sharing Mark and your love of farming with all of us. Mark will be sorely missed. 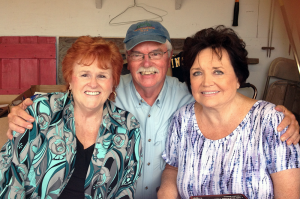 Kathy Scirpo, the woman with all the “pull” at the Pony, Horse and Oxen ring at the Guilford Fair sadly passed away last summer. But while her voice may be silenced, her family tradition will not be. In her honor, Kathy’s daughter Lana Bonacassio along with family cousin Barbara DeMartino will take over the Oxen Pull announcing for this and other fairs.

Livestock was in Kathy’s blood. She and her late husband Seb started and ran the Middlesex Livestock Auction for 62 years. Both of their daughters, Lana and Lisa, were at their sides and are now the sole owners of the only livestock auction in CT. As co-founder of the CT Draft Horse Association, Kathy and Seb were instrumental in forming the Association’s Fathers’ Day Pull, which became very popular among pullers in New England and New York and continues today. For many years, Kathy also ran the Beef Department at the Durham Fair with Guilford Fair officer Barbara Hammarlund.

Kathy and cousin Barbara have been involved and announcing oxen and horse pulls at many of the state’s agricultural fairs for years. They took over announcing oxen pulls at the Guilford Fair after the passing of Nick Naples in 2004.

Kathy will be especially remembered for her great sense of humor and smile. She truly loved her life at the auction and worked right up to her time of death. Not only did she call, but she was a long-time supporter of the Guilford Fair Pony, Horse and Oxen pulls through annual donations and Horse Pull trophies. Bill Green of the Guilford Fair’s Pit Crew made certain the women had flowers for their efforts every year, which Kathy said made them “feel like queens.”

The “Queen” will definitely be missed in Guilford and we are grateful for her ever-cheerful and valuable contributions to our agricultural fair and family.