Dear Fair Exhibitors and others, 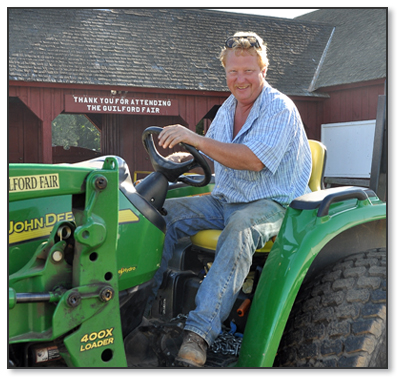 The year 1969 was an eventful year. It was a year filled with great music by the Beatles, The Stones, The Doors and the Summer of Love at Woodstock. The year was marked with “one small step for man, one giant leap for mankind”, as Neil Armstrong set foot upon the moon. It was also the year that had a giant leap for The Guilford Fair as well. The Guilford Fair had outgrown the confines of the town Green and moved to its current, much larger location on Lovers Lane.

As we celebrate the 50th Anniversary of the Guilford Fair moving to Lovers Lane we should look back at where The Fair had been and where it is today. The Guilford Fair has always kept agriculture as its foundation, trying to educate people on all aspects of our farming community heritage. However, The Fair has had its share of growing pains as well. It has been a challenge trying to keep up to date by sharing the common interests of the current Guilford and shoreline communities with a balance that still celebrates our agricultural roots. Over the years some people have expressed their concerns that the Fair was becoming a carnival or a circus. I would like to think, while preserving the agricultural aspects of the Guilford Fair, we have made the Fair more entertaining. For the price of admission, the fairgoer gets to enjoy a top rated, world famous circus, live concerts each day plus all the agricultural exhibits. We truly feel we offer something for everyone.