How it all go started; Karl Wallenda was born in Magdeburg, Germany, in 1905. He was performing in the family show at age six and doing stunts in beer halls at age eleven. His feature was stacking several chairs and doing a handstand on the top chair. In the early 1920s, he answered an ad in a trade paper for “an experienced hand balancer with courage.” The job consisted of following behind a wire-walker, Louis Weitzmann, out to the middle of the wire and doing a handstand on Weitzmann’s feet as he lay down on the cable. Karl learned the art from him and in 1922, began to develop his own act, recruiting his brother Herman, an aerialist named Josef Geiger, and a teenage girl, Helen Kreis, who would eventually become Karl’s wife. 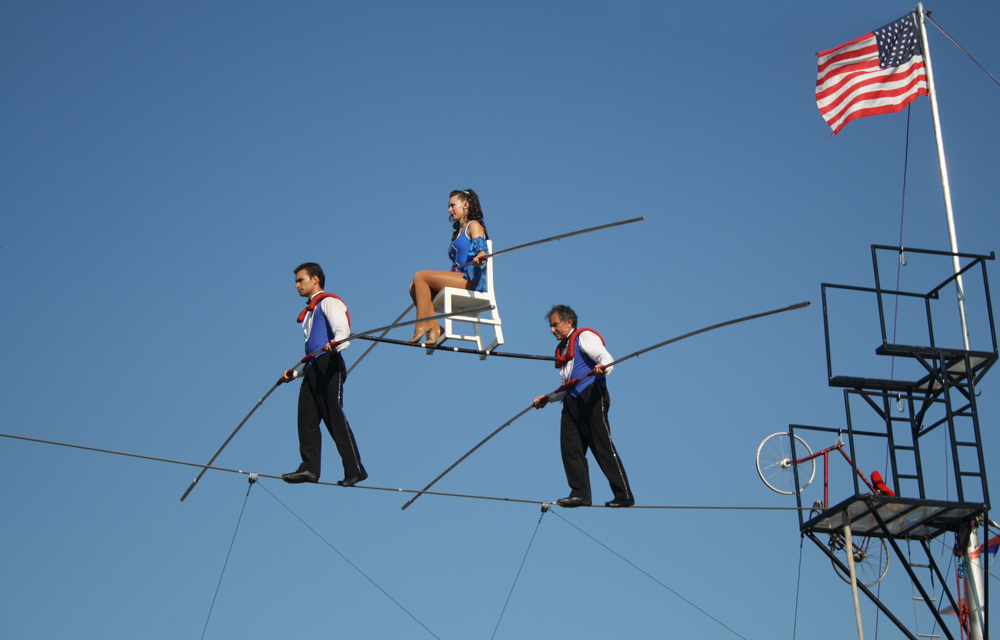 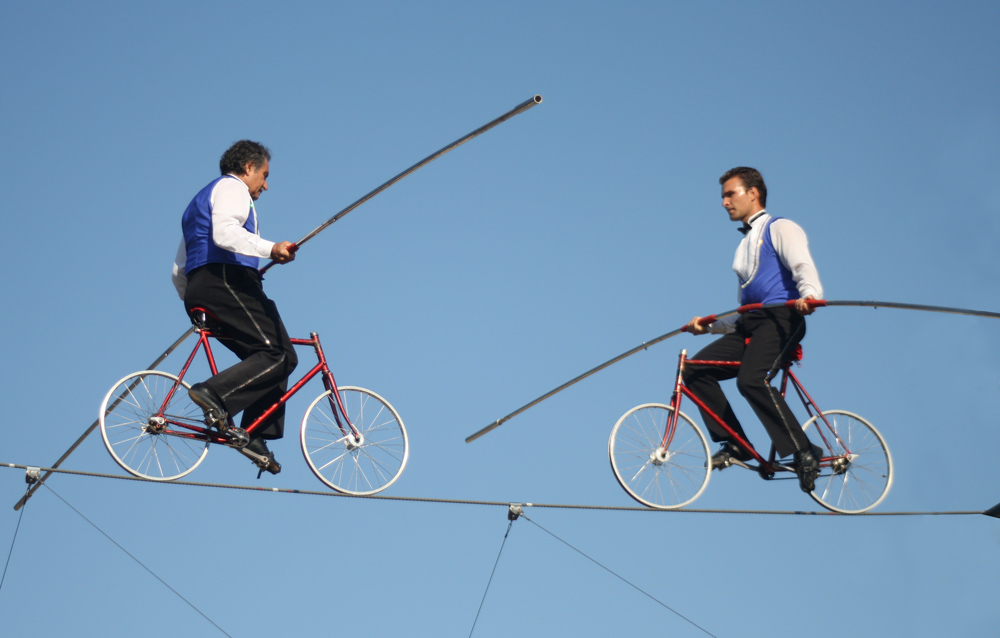 Name a North American circus and in the last several years, the Arestov Family have probably been performers there. They live in Canada and are currently performing as a family in a variety of circus acts. We welcome Igor, Tatiana and George to the Guilford Fair.

Igor Arestov was born in Cheliabinsk, Russia.  At age seven, he started his training in gymnastics. At 12, he combined training in Sport Tumbling, and at 16 was awarded Master of Sport in Tumbling. For the next four years, he served in the Soviet Union Army.  He later graduated from the prestigious Moscow State College of Circus Performing Arts and toured with the Moscow State Circus for 12 years throughout the Soviet Union republics, Europe, Southeast Asia, and the Americas.

In 1985, Igor was awarded the trophy for the best acrobatics act at the International Youth Festival in Moscow. The following year, he performed at the opening ceremony of Goodwill Games in Moscow.

Igor and his wife Tatiana met in 1988 on tour in Ukraine. Besides the acrobatic act, they created the juggling duo act. In 1992, Igor and Tatiana immigrated to Canada. In 1993, their son George was born. George started to be trained in gymnastics and acrobatics at age three.

The Arestov Family have appeared on many TV programs, including: CTV Breakfast TV, Canada AM, BBC Special Presentations, and TFO Parents Planate. They also appeared at a Rolling Stones concert in Toronto for SARS Relief. Their fair performances, as well as many corporate engagements, have taken them to numerous cities and towns throughout Canada and the US. 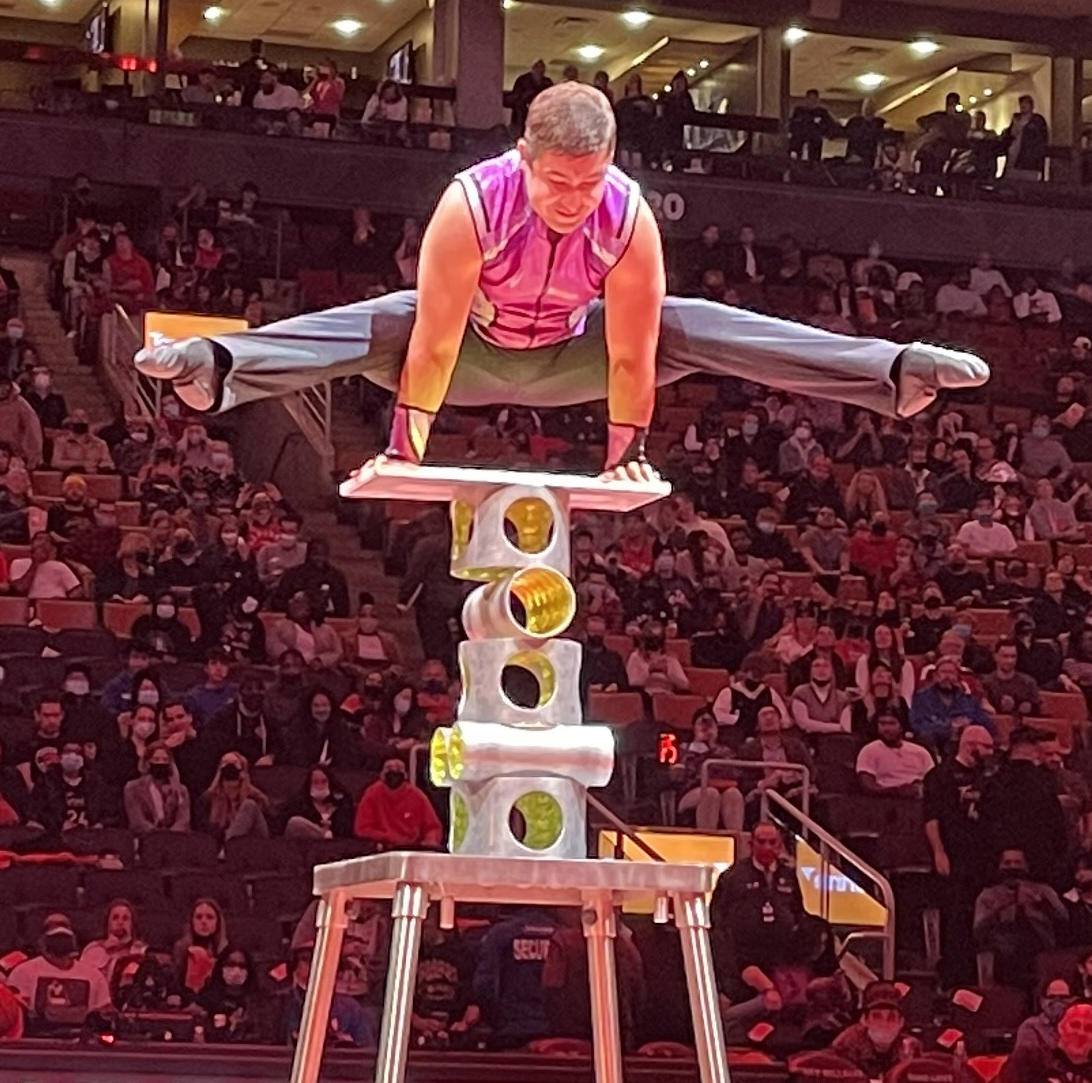 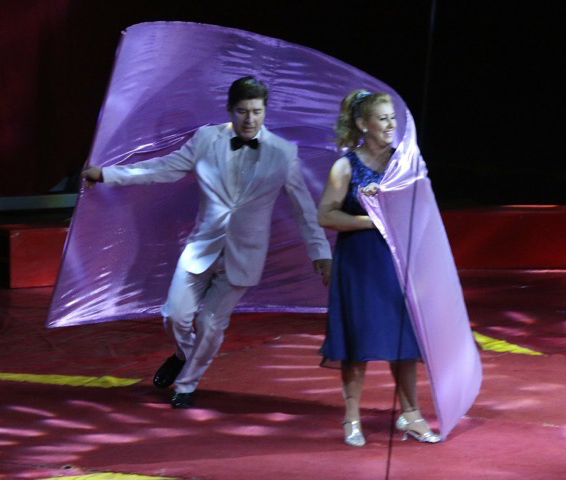 AJ Silver started his career as a professional rodeo trick rider performing such dangerous stunts as passing under the belly of a galloping horse. While on the rodeo trail he learned and perfected the cowboy arts and created a western variety act that he’s performed in prestigious venues around the world.

AJ combines trick roping, bullwhip artistry, boleadoras and comedy to create a unique, high energy, western variety act. With his ropes, whips and bolas flying through the air, he presents a spectacle that is visually stunning.

Find out more about AJ here -> 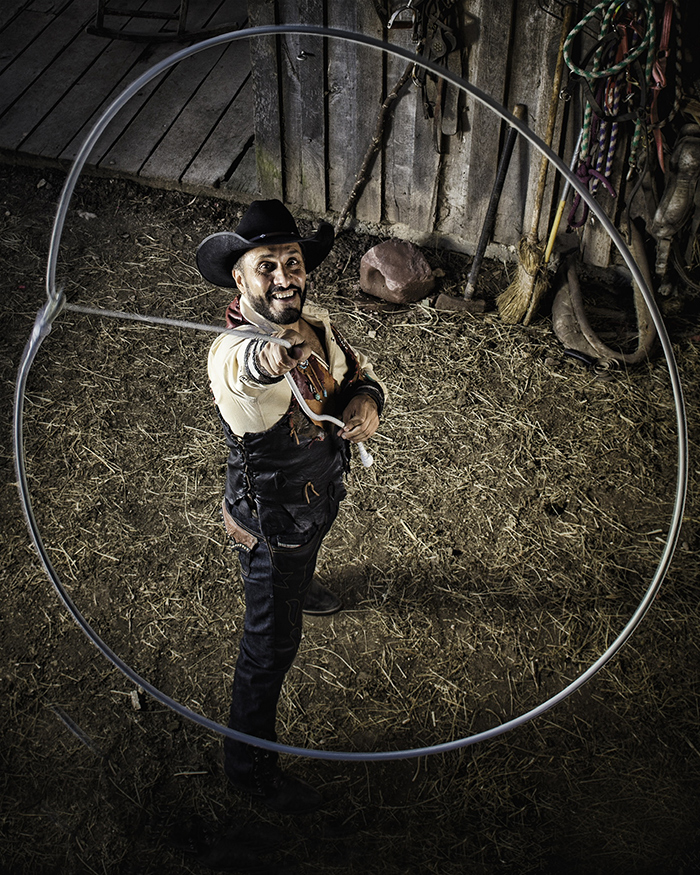 Kristin Finley – Kristin the Komet, is the first and only African American woman, cannonball act ever in history! Before performing as the Human Cannonball, Kristin has been an international, flying trapeze artist and aerialist.

Back to: Fair 2022 Entertainment 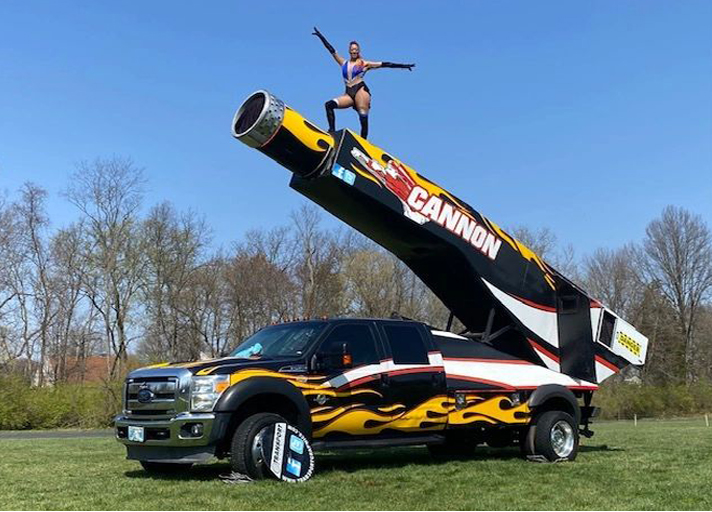 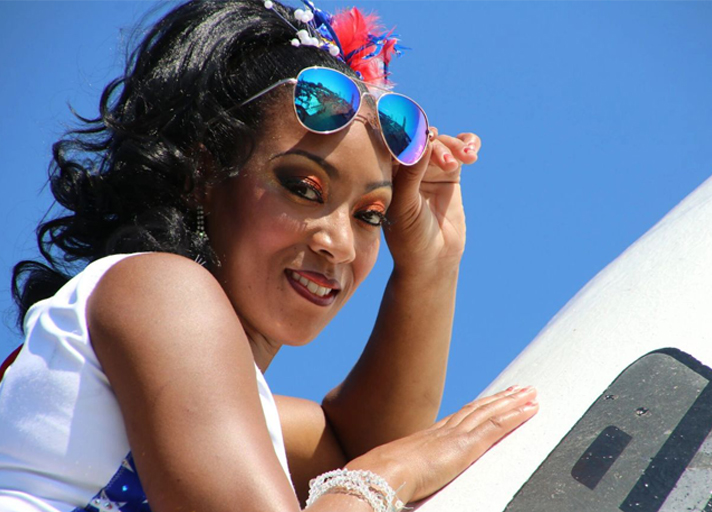 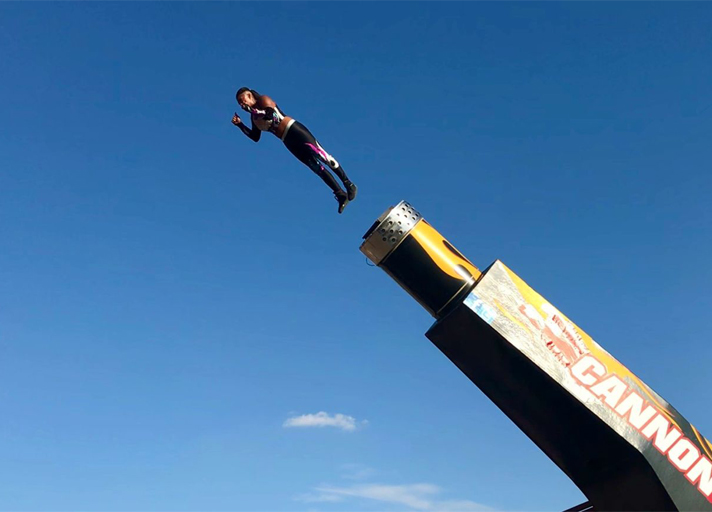